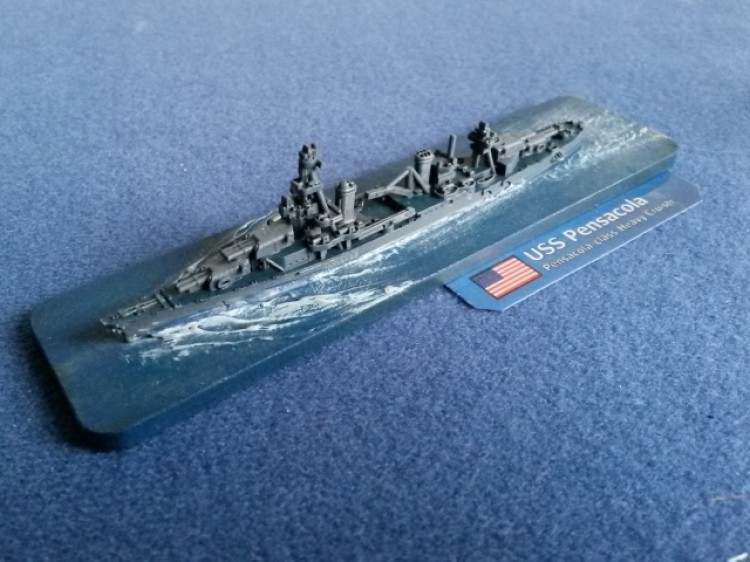 The Pensacola class of United States Navy heavy cruisers were the first "treaty cruisers", designed under the limitations set by the Washington Naval Treaty, which limited cruisers to a maximum of 10,000 tons displacement.

Their main armament consisted of ten 8 in (200 mm) guns, in two twin turrets on the main deck, and two triple turrets two decks above, making it one of the two US Navy ship classes (besides the Nevada-class battleships) to have different-sized turrets for main armament. Placing heavier turrets above lighter ones allows for finer lines for a given length, however this causes top heaviness and reduces stability.

Unfortunately, because of the rather unusual main battery layout and their heavy tripod fore-masts, they were top-heavy and prone to excessive rolling. This combined with low freeboard forward made them inferior seaboats compared to later designs. Rework in the shipyards modified the hull and superstructure in the 1930s to eliminate the rolling.

The Navy built only two ships in this class before switching to the Northampton-class design. Many of the deficiencies of the Pensacola-class were corrected by reducing the main battery to three triple turrets (two forward, one aft) and adding another upper deck forward of amidships.