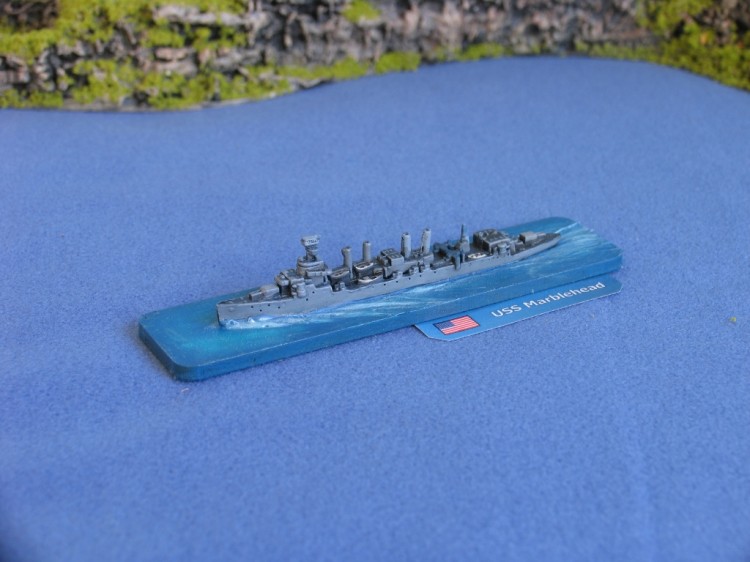 The Omaha class cruisers were the only American cruisers to be ordered during the First World War, although they weren't completed until the early 1920s. Although they were somewhat outdated even when they were completed they remained in service into the Second World War, where they were used in the south Pacific, the Aleutians and the Atlantic. Visually the Omaha class cruisers greatly resembled the flush-deck destroyers, with four funnels, a small rear superstructure and larger forward superstructure.