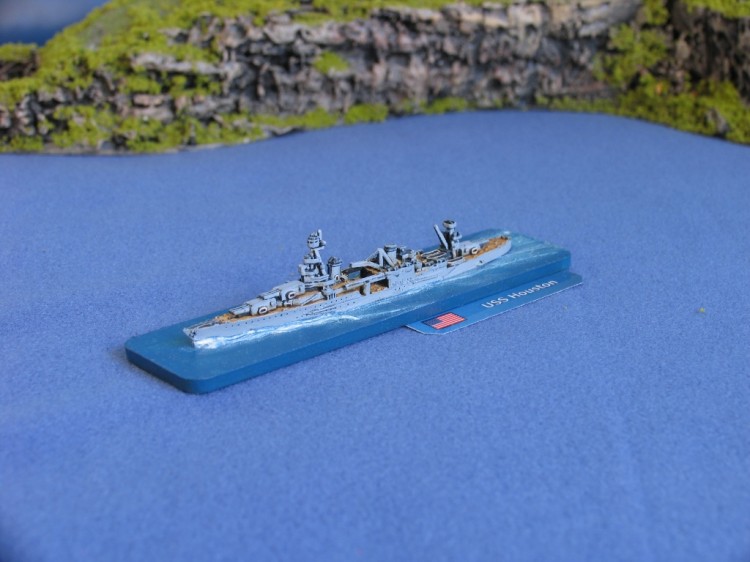 The Northamptons were completed in 1930-31. The design dated back to 1926 and was a modification of the preceding Pensacola class, with slightly heavier armor and slightly reduced armament. Instead of ten 8" guns mounted in four turrets, the Northamptons had nine 8" guns in three turrets, allowing a shorter and therefore heavier armor belt. However, it was ruled impractical to provide protection against 8" shells and the protection scheme was designed against 6" shells only. The weight saved was used to improve overall survivability and increase the aircraft handling capability. Originally equipped with torpedoes, the ships landed their tubes prior to the war in exchange for improved antiaircraft protection.