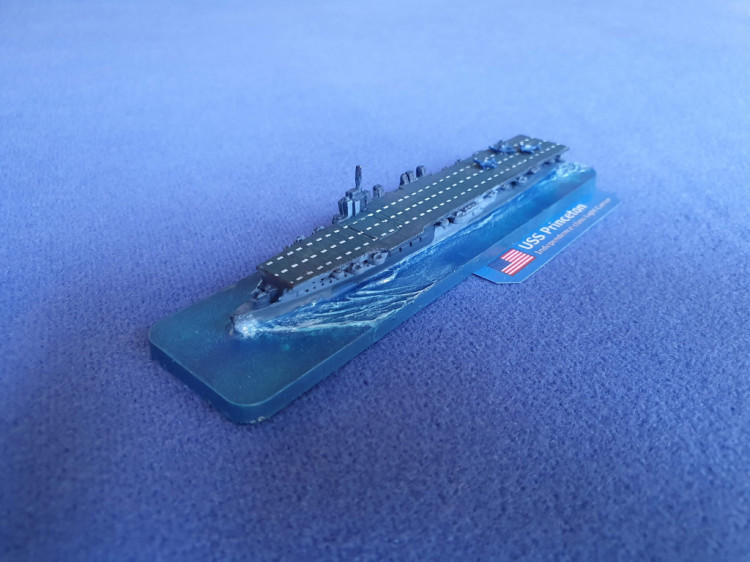 Adapted from the design for the Cleveland-class light cruisers, this class of ship resulted from the interest of President Franklin D. Roosevelt in naval air power. With war looming, the former Assistant Secretary of the Navy noted no new fleet aircraft carriers were expected to be completed before 1944. He proposed to convert some of the many cruisers then under construction to carriers.

Plans developed for this conversion showed much more promise than expected. Nine light cruisers were reordered as carriers in the first half of 1942. The Independence-class design had a relatively short and narrow flight deck and hangar, with a small island superstructure. The hangar, flight deck, and island represented a significant increase in the ship's topside weight. To compensate for this, blisters were added to the original cruiser hull, which increased the original beam by 5 feet (1.5 m). Ships of this class carried a small air group – only about 30 aircraft. This was originally set to consist of nine fighters, nine scout bombers, and nine torpedo bombers, but later revised to about two dozen fighters and nine torpedo bombers.

These were limited-capability ships, whose principal virtue was near-term availability. Their limited size made for seakeeping difficulties in the many typhoons of the Pacific, and their small flight decks led to a high aircraft accident rate. However, being based on a light cruiser, they were fast ships, much faster than the Casablanca-class escort carriers. The cruiser hull and engineering allowed them the speed necessary to operate with the main fleet carrier task groups. Their names followed the US Navy's policy of naming aircraft carriers after historic navy ships (Independence) or historic battles (Cowpens).