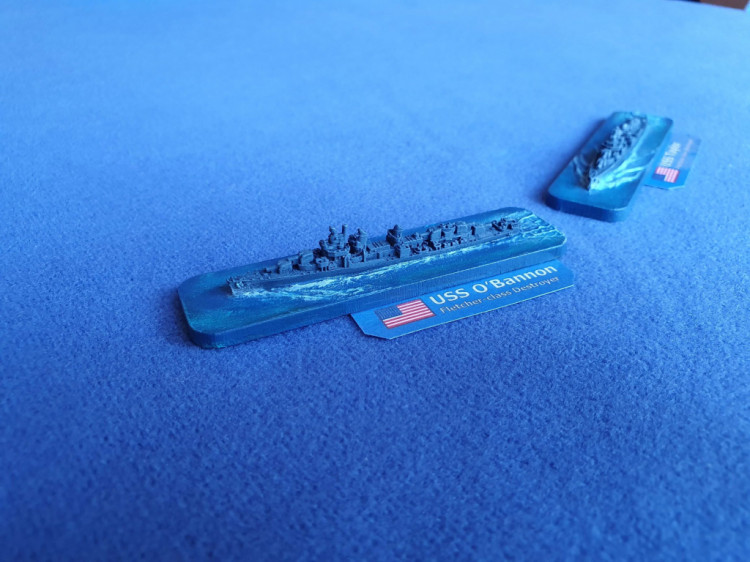 The Fletcher class was a class of destroyers built by the United States during World War II. The class was designed in 1939, as a result of dissatisfaction with the earlier destroyer leader types of the Porter and Somers classes. Some went on to serve during the Korean War and into the Vietnam War.

The United States Navy commissioned 175 Fletcher-class destroyers between 1942 and 1944, more than any other destroyer class, and the design was generally regarded as highly successful. Fletchers had a design speed of 38 knots, and an armament of five 5" guns in single mounts with 10 21" torpedoes in two quintuple centerline mounts. The Allen M. Sumner and Gearing classes were Fletcher derivatives.

The long-range Fletcher-class ships performed every task asked of a destroyer, from anti-submarine warfare and anti-aircraft warfare to surface action. They could cover the vast distances required by fleet actions in the Pacific. In a massive effort, the Fletchers were built by shipyards across the United States.