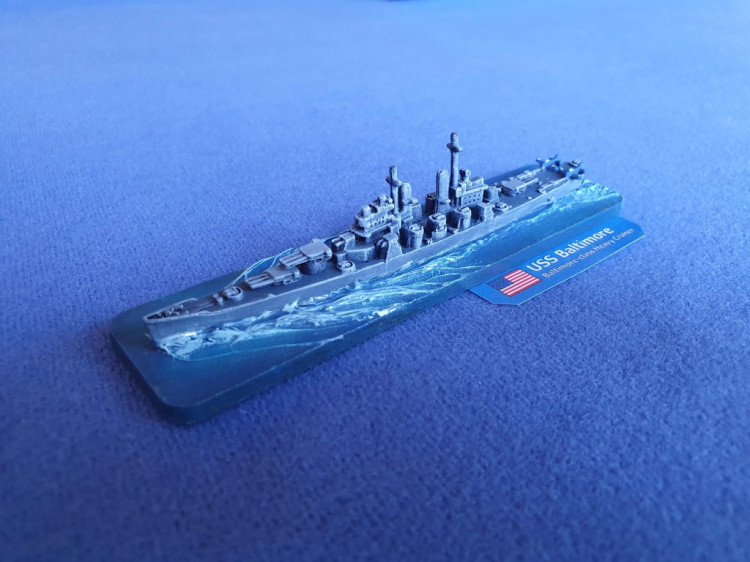 Immediately after the outbreak of World War II in September 1939, the US Navy initiated studies regarding a new class of heavy cruiser that led to construction of the Baltimore class. With the start of the war, the limitations instituted by the Second London Naval Treaty, which had completely banned the construction of heavy cruisers, became obsolete. The Baltimore class was based partly on USS Wichita, a heavy cruiser from 1937, which represented the transition from inter-war to World War II designs. It was also based partly on the Cleveland class, a light cruiser that was then being built. In profile, the Baltimores looked very much like the Cleveland-class light cruisers, the obvious difference being that the larger Baltimores carried nine 8-inch (203 mm) guns in three triple turrets, compared to the 12 6-inch (152 mm) guns in four triple turrets of the Clevelands.