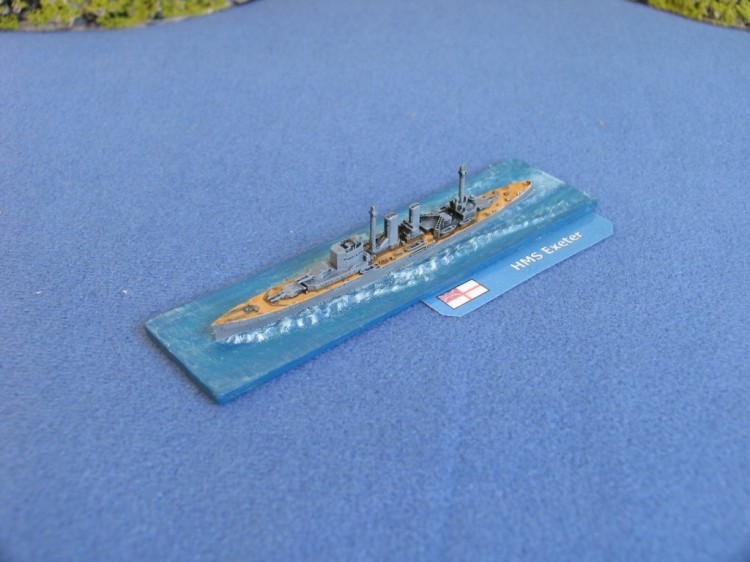 The York class was the second and final class of 8-inch (203 mm)–gunned heavy cruisers built for the Royal Navy under the terms of the 1922 Washington Naval Treaty. They were essentially a reduced version of the preceding County class, scaled down to enable more cruisers to be built from the limited defense budgets of the late 1920s.

It was initially planned to build seven ships of this class, though in the end only two were constructed—HMS York, started in 1927, and HMS Exeter, started in 1928. Exeter differed in appearance from York because of late changes in her design. The remaining ships were delayed due to budget cuts, and then following the London Naval Treaty of 1930 the Royal Navy decided its cruiser needs were best met by building a greater number of yet smaller cruisers with 6–in guns.