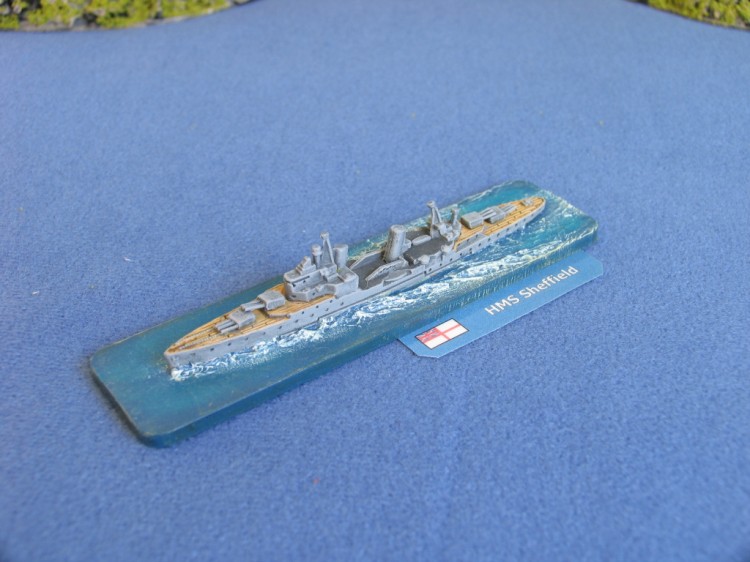 The Town class was a 10-ship class of light cruisers of the Royal Navy. The Towns were designed to the constraints imposed by the London Naval Treaty of 1930. The ships were built in three distinct sub-classes, the Southampton, Gloucester and Edinburgh classes respectively, each sub-class adding on further weaponry.

Like their US and Japanese counterparts of that era, the Town-class cruisers were "light cruisers" in the strict terms of the Treaty. The London Treaty defined a "light cruiser" as one having a main armament no greater than 6.1 in (155 mm) caliber, all three major naval powers sought to circumvent the limitations on heavy cruiser numbers by building "light cruisers" that were equal in size and effective power to heavy cruisers. These ships made up for their smaller caliber guns by carrying larger numbers of them.