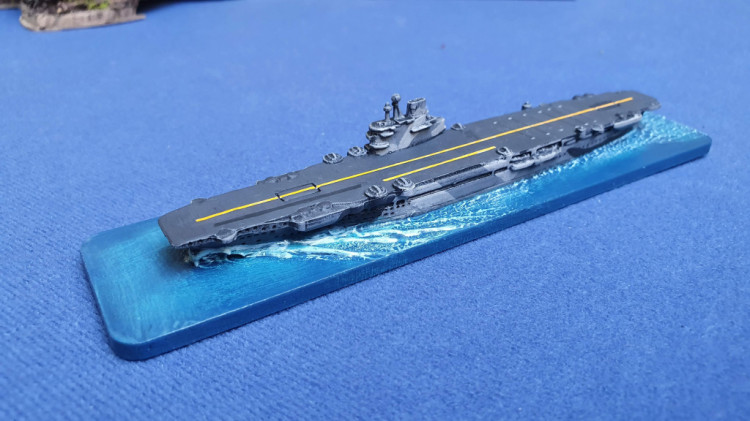 The 1936 Program provided for the construction of two carriers for the Royal Navy. The 23,000-ton limit set by the Second London Treaty was in force, and it seemed at first that the basic Ark Royal design could be taken, the extra 1,000 tons available being used to incorporate improvements. The spectra of a European war loomed large, however, and with it the realization that the Royal Navy would be forced to operate under constant threat of land-based air attack, particularly in the Mediterranean – where Italy’s intentions had been unpredictable since the early 1930s – and in the North Sea.

A novel approach, guided by the strong representations of Rear-Admiral Henderson, the Third Sea Lord, was adopted to meet the threat: the carriers should be given an unprecedented measure of passive defense, in the form of extensive armoring, plus a heavy anti-aircraft battery, much as in Ark Royal. The primary task was to preserve the carrier’s main armament – her strike aircraft – and so the stowage area was designed as an armored ‘box’ intended to be proof against 500lb (ca. 227 kg) bombs and 6in shells. As in Ark Royal, belt, bulkhead and armor deck protection for machinery and magazines was also to be incorporated.

Illustrious and Victorious were the two carriers provided under the 1936 Program, the second pair under the 1937 Program.

Indomitable’s design, however, was modified before she completed. Second thoughts were expressed about the size of the air group, and it was decided to revert to a two-level hangar arrangement, the lower one extending beneath the after half of the upper.