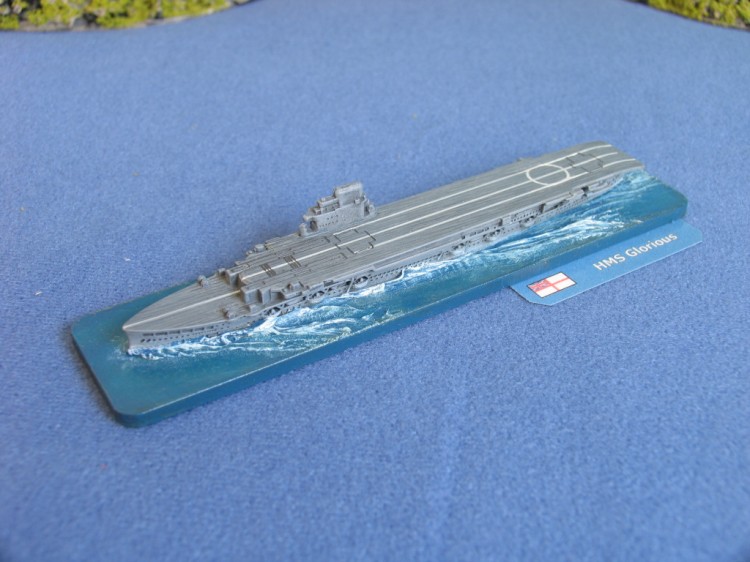 The Courageous class, sometimes called the Glorious class, was the first multi-ship class of aircraft carriers to serve with the Royal Navy. The three ships—Furious, Courageous and Glorious—were originally laid down as "large light cruisers" (battlecruisers) to be used in the Baltic Project during the First World War. While very fast, their minimal armor and few guns limited their long-term utility in the post-war Royal Navy and they were laid up after the war. They were considered capital ships by the terms of the 1922 Washington Naval Treaty and were included in the total amount of tonnage allowed to the Royal Navy. Rather than scrap them, the Navy decided to convert them to aircraft carriers as permitted under the Treaty.