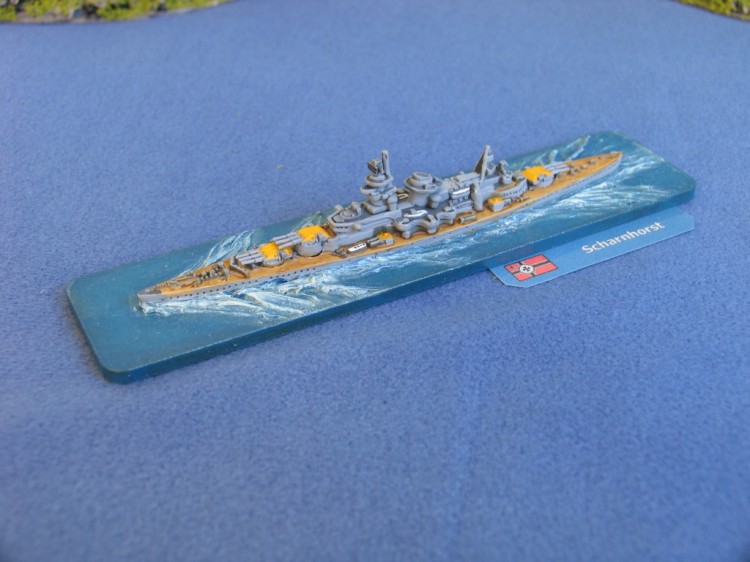 The Scharnhorst class were the first capital ships, alternatively referred to as battlecruisers or battleships, built for Nazi Germany's Kriegsmarine after World War I. The class comprised two vessels: the lead ship Scharnhorst and Gneisenau. They marked the beginning of German naval rearmament after the Treaty of Versailles. The ships were armed with nine 28 cm (11 in) SK C/34 guns in three triple turrets, though there were plans to replace these weapons with six 38 cm (15 in) SK C/34 guns in twin turrets.