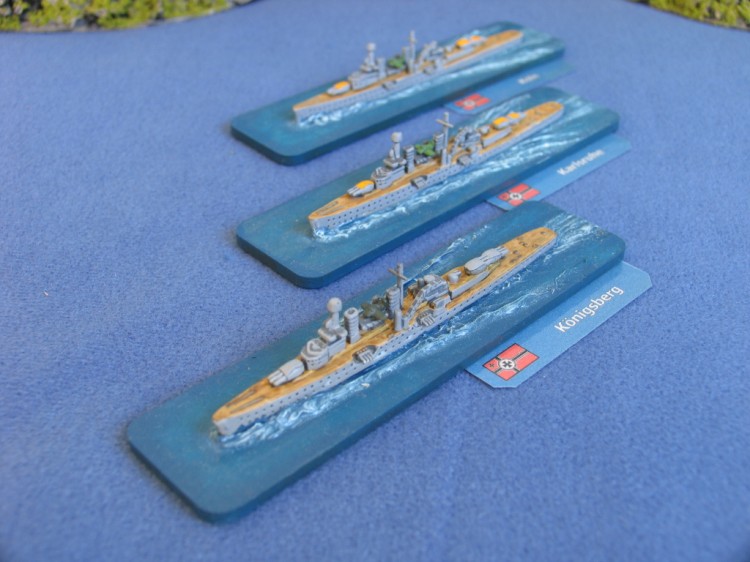 The Königsberg class, sometimes referred to as the K class, was a class of light cruisers of the German Reichsmarine and Kriegsmarine. The class comprised three ships named after German cities: Königsberg, Karlsruhe, and Köln, all built between 1926 and 1930. These ships were the first of the Reichsmarine with a modern cruiser design; their predecessor, Emden, was based on World War I-era designs. They were armed with a main battery of nine 15 cm (5.9 in) guns and with twelve 50 cm (20 in) torpedo tubes.