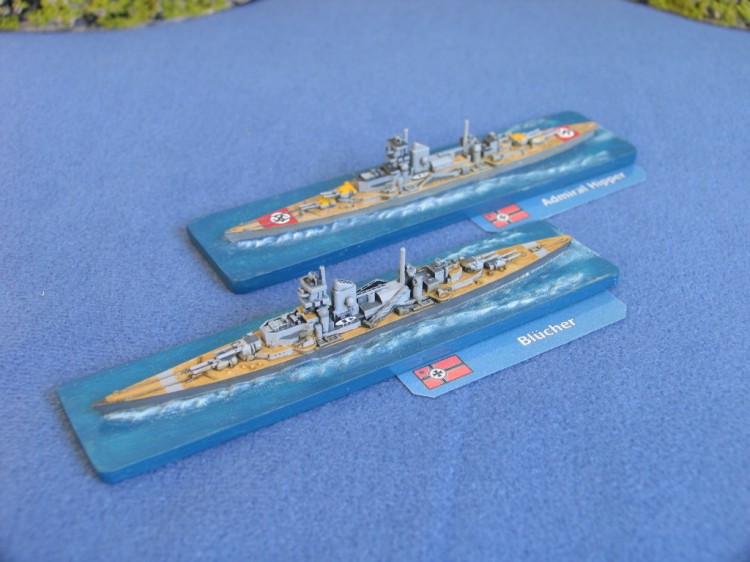 The Admiral Hipper class was a group of five heavy cruisers built by Nazi Germany's Kriegsmarine in the mid-1930s. The class comprised Admiral Hipper, the lead ship, Blücher, Prinz Eugen, Seydlitz, and Lützow. Only the first three ships of the class saw action during World War II. Work on Seydlitz stopped when she was approximately 95 percent complete; it was decided to convert her into an aircraft carrier, but this was not completed either. Lützow was sold incomplete to the Soviet Union in 1940.

The three completed ships were armed with eight 20.3 cm (8.0 in) SK C/34 guns in four twin turrets and powered by three sets of geared steam turbines. The ships were protected by Krupp steel armor, of both Wotan Hart and Wotan Weich types.