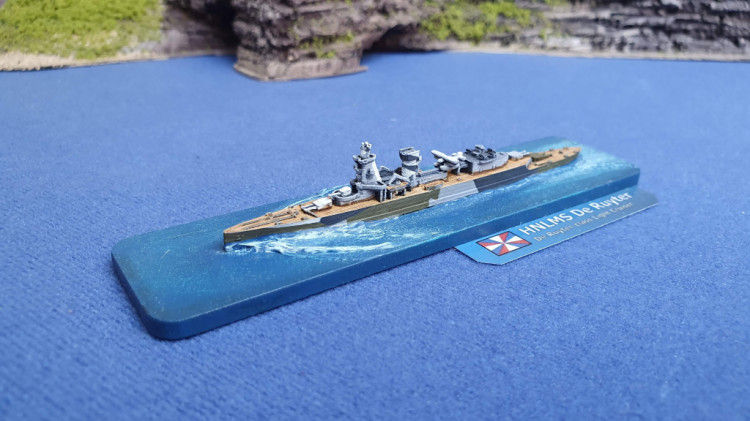 De Ruyter was designed during the Great Depression, which, in addition to being a period of economic depression, was also a period in which pacifism was widespread in the Netherlands. For these reasons, the design was officially called a flottieljeleider (flotilla leader) instead of a cruiser, and every effort was made to cut costs.

However, due to the cost-cutting policy that went into her design, De Ruyter was not quite up to her task. Her main battery (7 × 150 mm guns) was underpowered in comparison to other light cruisers of the time (for example the British Leander class), and the class had inadequate armor as well and lacked long range anti-aircraft guns. However, her fire control system was excellent.