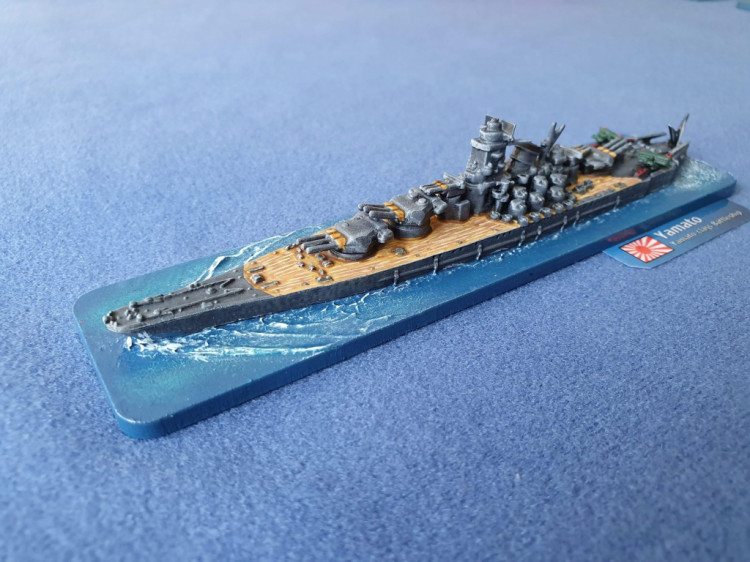 The Yamato-class battleships (大和型戦艦, Yamato-gata senkan) were two battleships of the Imperial Japanese Navy (IJN), Yamato and Musashi, laid down leading up to World War II and completed as designed. A third hull laid down in 1940 was converted to an aircraft carrier, Shinano, during construction.

Due to the threat of American submarines and aircraft carriers, both Yamato and Musashi spent the majority of their careers in naval bases at Brunei, Truk, and Kure—deploying on several occasions in response to American raids on Japanese bases.