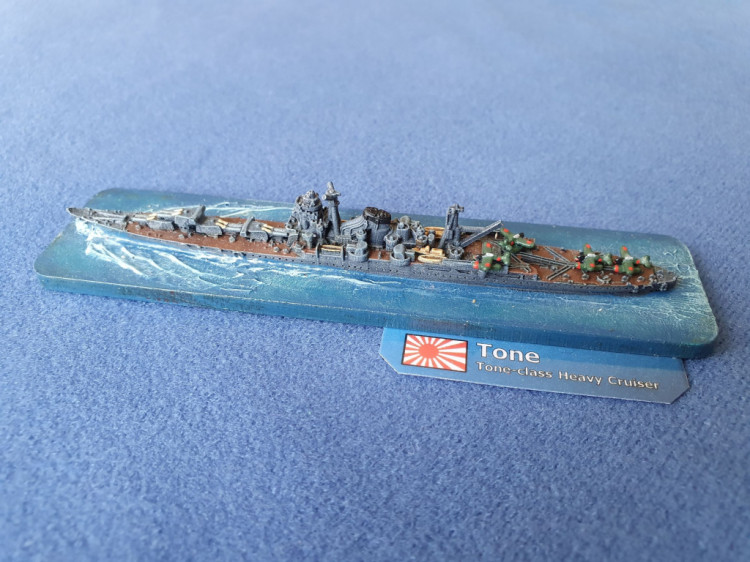 The two Tone-class cruisers were the last heavy cruisers completed for the Imperial Japanese Navy. As Japan no longer was obligated to abide by the limitations of the London Naval Treaty, a new design was created and new means of construction were utilized. Though the external dimensions were close to the Mogami class, the design was quite different, with all the main battery of guns placed forward of the bridge, reserving the entire stern area as a large seaplane hangar. Unlike the U.S. Navy, the Japanese did not have a dual role attack/scout aircraft, little emphasis was placed on this aspect of carrier warfare. Instead the Japanese reserved all of their carrier aircraft for attack roles. Reconnaissance then was relegated to the float planes carried by cruisers. The Tone-class was intended to provide the long range reconnaissance needed.