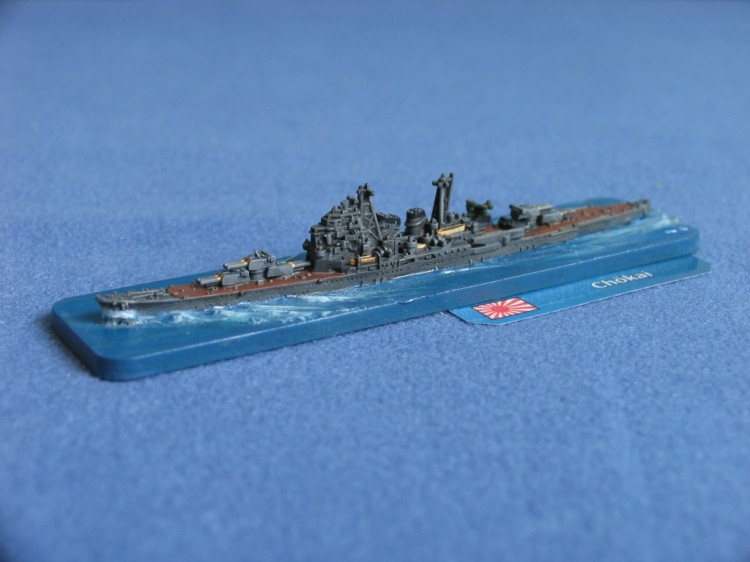 The Takao-class cruiser was a class of four heavy cruisers of the Imperial Japanese Navy (IJN) launched between May 1930 and April 1931. They all served during World War II. They were an evolution from the preceding Myōkō class, with heavier torpedo armament and had an almost battleship-like, large bridge structure.

Their main gun armament was ten 8.0 in guns in twin mounts and they were also armed with sixteen 24 inch Long Lance torpedoes, making the Takaos the most heavily armed cruisers of the IJN. The only flaw was that they were considered top-heavy and thus prone to capsizing, while Turret #3 had a poor firing arc. These two problems were rectified in the follow-up Mogamis; nonetheless the Takaos were considered the best cruisers that the IJN ever built.