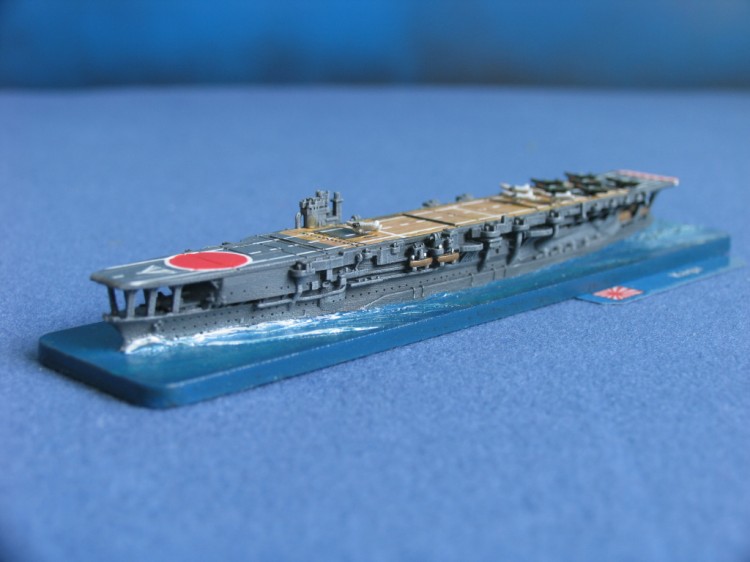 Kaga was the third Japanese carrier to enter service, named after the former Kaga Province in present-day Ishikawa Prefecture. Originally intended to be one of two Tosa-class battleships, Kaga was converted under the terms of the Washington Naval Treaty to an aircraft carrier as the replacement for the battlecruiser Amagi, which had been damaged during the 1923 Great Kanto earthquake. Kaga was rebuilt in 1933–35, increasing her top speed, improving her exhaust systems, and adapting her flight decks to more modern, heavier aircraft.