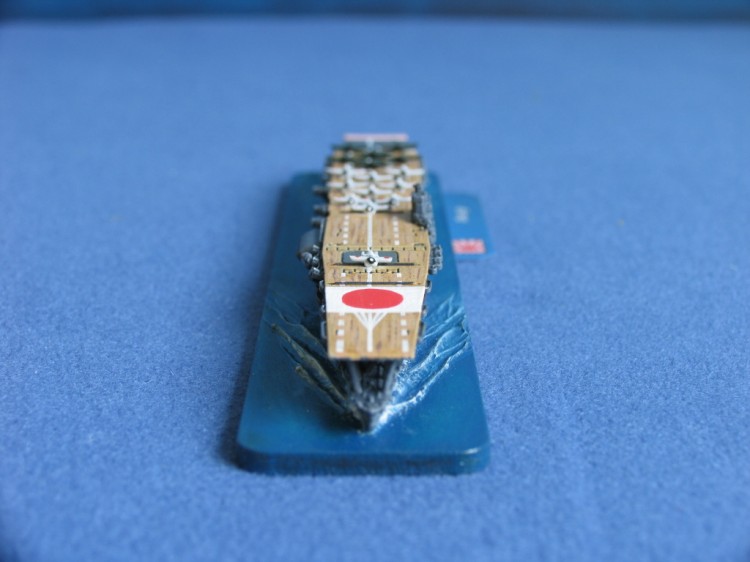 Akagi was named after Mount Akagi in present-day Gunma Prefecture. Though she was laid down as an Amagi-class battlecruiser, Akagi was converted to an aircraft carrier while still under construction to comply with the terms of the Washington Naval Treaty. The ship was rebuilt from 1935 to 1938 with her original three flight decks consolidated into a single enlarged flight deck and an island superstructure. The second Japanese aircraft carrier to enter service, and the first large or "fleet" carrier, Akagi figured prominently in the development of the IJN's revolutionary carrier striking force doctrine that grouped carriers together, concentrating their air power. This doctrine enabled Japan to attain its strategic goals during the early stages of the Pacific War from December 1941 until mid-1942.