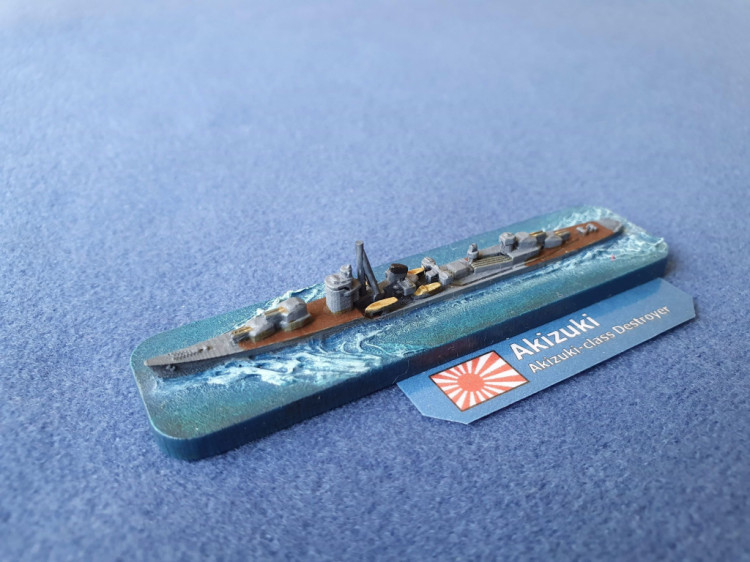 The Akizuki-class was built using the newly developed Type 98 dual-purpose guns in four twin mounts as its main battery. The four turrets were placed in pairs fore and aft, with the middle positions located in a superfiring position. Unlike the larger weapons mounted by the preceding Kagerō-class, these were true dual-purpose guns with a high reliability, rate of fire and range. It was intended that each vessel be fitted with two Type 94 fire-control directors capable of targeting high-angle targets, to be mounted above the bridge and in a small deckhouse near the aft mount: however, due to production shortages, the last five vessels in the class never received their second Type 94, and eventually it was removed from the aft position on all ships, and that location used for a triple Type 96 AA gun mount. Two twin-mount Type 96s were also located amidships.

Before the design was finalized, the Imperial Japanese Navy General Staff Office intervened, and insisted on the addition of a centerline-mounted Type 92 quadruple torpedo launcher with reloads, firing the Type 93 "Long Lance" torpedo. The class also carried two Type 94 depth charge projectors and 54 depth charges. These were increased to 72 depth charges for some of the later production vessels.