× Welcome to the Naval War forum!

Tell us and our members who you are, what you like and why you became a member of this site.
We welcome all new members and hope to see you around a lot!

Our first theater would be Malaya where Task Force Z was sent to defend Malaya from the Japanese invaders. I will be representing the Royal Navy in this campaign. We're testing many rules at the moment and we've picked up Naval Was as a potential rule set.

I've just read the rules but will need some clarification before I actually play it this weekend.

Here's my ships that I've painted for the campaign. 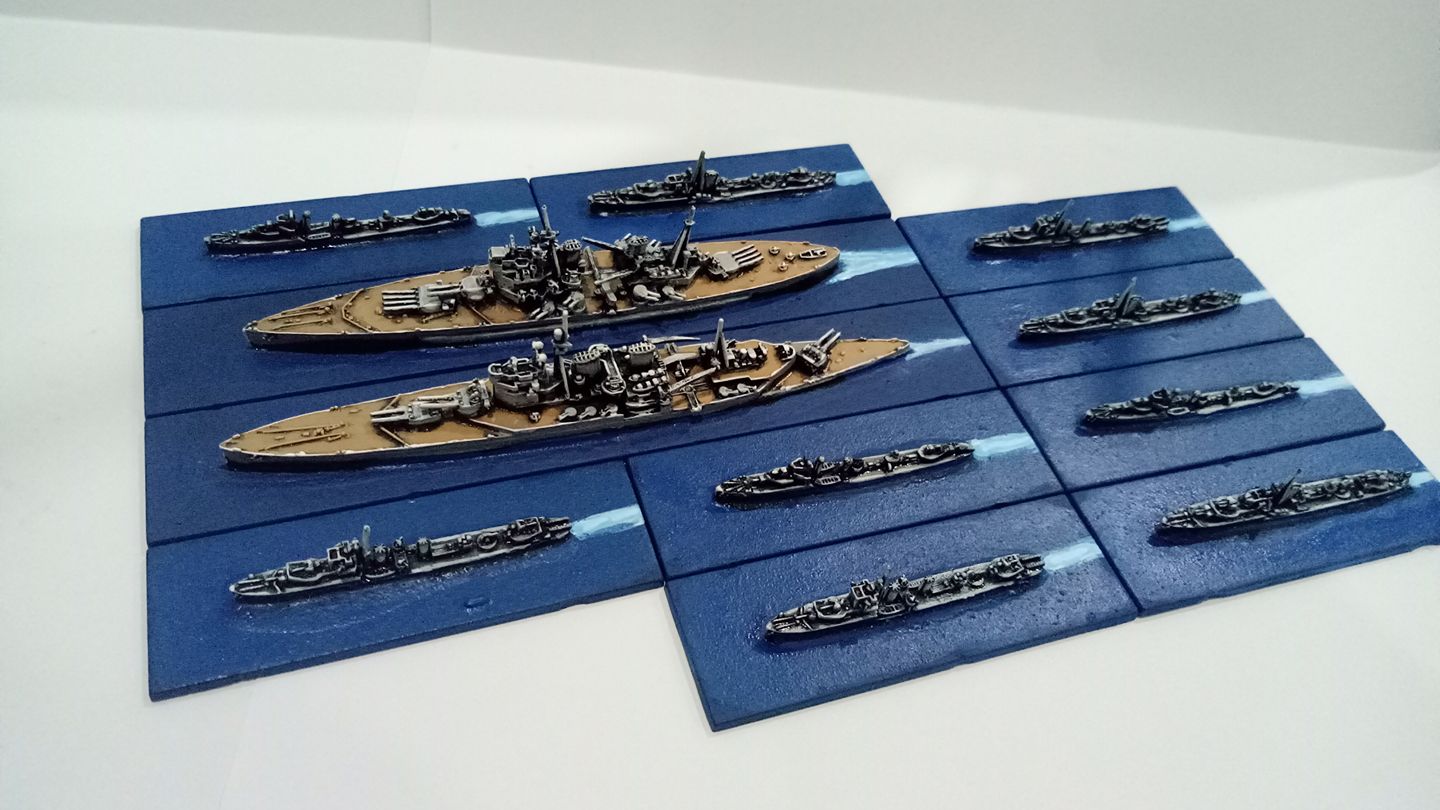 Looking absolutely great! Welcome and of course I hope that you will enjoy the ruleset

"That which hath been is now; and that which is to be hath already been;" -Ecclesiastes-
The following user(s) said Thank You: zenai2020